A rude awakening… and stale toast!

The only medicine for stupidity, is reality

My headline graphic, above, is a collage of some dumb British scribbler’s headlines (or his editor’s headlines, as only independent bloggers write their own) regarding the Ukraine war.

If you’re on your phone and the print is too small to see, the headlines are mostly “Russia losing, Russia losing, Putin bucked up”, until the “Putin could be about to pull off a shock triumph” one at bottom right.

You can see he is starting to wake up.

It will be a rude awakening.

A reader reached out to me over my previous post, the one showing videos of grateful people in Svetlodarsk, who are so glad to see Russian soldiers all of a sudden.

He asked if perhaps I had made a mistake, and it was the other way around, that the Russians had retreated and it was Ukrainian forces who had entered the town.

This is how far GONE most people are in the “white” countries.

I have a good friend who was so sure that Ukrainian claims of a rape dungeon in Bucha (passed along without question by the BBC in mid-April) were true.

He said, surely they are investigating, and the evidence will soon come before the UN or the International Criminal Court or whatever. 25 females as young as 14, held for weeks in a rape dungeon by Russian forces, eight of them got pregnant, surely the evidence will come out, there will be testimony, etc. He was convinced!

I checked in with him on the one-month anniversary (May 15th) of the BBC piece, asking him how the “evidence” is coming along, because I hadn’t heard anything (it’s now May 30th and still nothing), and it looked like my “Bro, this is their daily Jello-on-the-wall, and after today, you will never, ever hear about this again” prediction had come to pass.

He responded, more or less, “Ho-hum-dee-dumm, surely something of some sort happened in Bucha, I dunno, it’s a weird situation, ho-hum-dee-dumm.”

They didn’t get him with the stoh-LLeNN ellek-shUn coverage or the “Pann-deh-Mykk of the Unn-vakk-syn-ay-TTed”, but they finally nailed him with the Ukraine.

As soon as Russia came on deck, my friend “reverted” like the devolved otter in Zootopia.

He forwarded me endless tweets (many of them from “experts”) about how the Russian army is drunk, demotivated, starving, undisciplined, corrupt, out of fuel, horrible logistics, nothing works, etc. etc. etc.

Now, he gets that it will soon be over for the Ukraine. Gotta give him some credit for that, he’s among the first in the herd to catch on.

What about all the zombies who don’t get it yet? (First and foremost, citizens of the United Kingdom, who are the deadest, dumbest zombies in all of Christendom, and my sympathy goes out to all freethinking Brits reading this blog, I feel your pain.)

As usual, the zombies won’t ever admit they were duped. They will simply be re-directed by their puppet-masters to some other crisis or outrage.

As my loyal readers know, I expect, within the next year but probably much sooner, another wave of the KORONA, and it will hit the VAKK-SYN-AY-TTED predominantly, and lead to tens of millions of deaths (across the PFYE-ZZER’ed countries) within a short time. This time, even children (the PFYE-ZZER’ed ones) will not be spared.

See my May 23rd piece (“My son’s school shows you the future“) for my logic and further explanation.

At that point (if I’m right, we’ll see), the “white” countries who went with the JEEN THE-RAH-PEE “VAKK-SEENZ” (obviously not Russia and Belarus) will be in total disarray, and U.S. hegemony (along with all the TRRANNZ-JENDDER stuff) will collapse in a cesspool of piled-up bodies, disorder, hunger, and high/hyperinflation, and Russia will be on top.

People ask me “what’s the endgame, how does it end?” Above is my answer.

I believe there are no coincidences, and that the Ukraine situation and the KORONA are firmly linked (recall how one “replaced” the other without skipping a beat in February), and will together change our world completely.

Thus, when I write about the Four Horsemen, I mean it. Not in the sense of the end of the world, but in the sense of our varied and severe, approaching problems. It’s not just a poetic expression.

(Please note, if you wish to comment regarding this section, you must use, approximately, my own spellings of key terms, e.g. VAKK-SEEN, VAKK-SEENZ, VAKK-SYN-AY-TED, VAKK-SYN-AY-SHUN, EPPY-DEMMIKK, PANN-DEH-MYKK, VY-RUS, PFYE-ZZER, KORONA, STTOH-LLEN ELLEK-SHUN, etc., or your comment will NOT be approved.)

In the below video, from 0:12, you can see a trench running through a residential neighborhood, very close to a large apartment (flats, for you Brits) block, and then shortly thereafter, a destroyed Ukrainian tank that had taken up a firing position (to hit at targets coming down the road) from inside a “loading dock” type area within a very large apartment complex, in the city of Severodonetsk in west Lugansk, which is now being taken by Russian and Lugansk forces.

Of course, when that tank pulled in (and perhaps even now), there were some people still in these buildings or (more likely) taking shelter in the basements or sub-levels.

What’s “funny” is that if the tank missed its target, it would hit the apartment building across the street.

I guess this is what they have in mind when they say “Glory to Ukraine!”

Obviously, no Ukrainian force can meet Russia (and expect to survive for long) in sustained, open combat, outside of a city. Even in the cities, it’s just a matter of time.

Also, as I noted in my previous post, this urban combat stuff will largely STOP once Russia and Donetsk/Lugansk advance to cities where the families of Ukrainian officers and soldiers have their homes. It’s one thing to tear up “disloyal” areas of the Donbass and Kharkov, it’s another to facilitate the killing of your own parents and siblings, or at least the destruction of the neighborhood where you grew up. As I’ve said, this isn’t quite Nazi Germany—these Aryans won’t de-house themselves.

Just more daily carnage in Donetsk city, thanks to Ukrainian artillery or rockets/missiles, see below. This is a school. The kids are studying from home (or not studying at all), but there were some employees on site.

CAUTION: SOME DECEASED BODIES IN THE BELOW VIDEO. NOT PARTICULARLY “GRAPHIC”, BUT, YOU HAVE BEEN WARNED. IF YOU DON’T LIKE IT, DON’T WATCH IT.

Separately, two pregnant women were killed by a Ukrainian rocket today in the Donetsk town of Stakhanov.

Here’s one of them, it looks like she was just out for a walk. You can see her handbag in a pool of her blood on the ground:

And here’s a remnant of the Uragan cluster submunitions-laden rocket that killed them:

None of this is mentioned on the website of Human Rights Watch (HRW), one of the “big two” (along with Amnesty International) human rights activist groups of global reach.

To be fair, HRW lost interest in the Ukraine war and has hardly covered it in the last few weeks. It now seems to be focused on crimes or discrimination against Ukrainian refugees in other countries. (You know, ACLU type stuff.)

Hey, whatever brings in the bucks, right? As a nonprofit, HRW relies on donations, primarily from the trendy, “Upper West Side” (of Manhattan) Democrat set. It must follow “conventional wisdom” and whatever is trending.

All in all, you can see the smartest zombies have moved on, and the rest will soon. Now that the Ukraine is toast, it’s stale. It’s stale toast!

Thanks for commenting! Comments and any associated weblinks or other references must be directly relevant and tangential to my published material (not just to other comments.)  THIS IS NOT A DEBATE PLATFORM TO DISCUSS HISTORICAL QUESTIONS.  Please, no unrelated musings (e.g., about Putin’s family values, how Hitler could have won at Dunkirk or Normandy, etc.), no trolling/baiting, no calling for the destruction or dissolution of the USA or its government, no calling for violence against U.S. Government officials, no ranting about Jews (or Joos, Jooz, Jooze, Juice, Juize, Jewz, Jewze, J-Dogs, J-Dogz, J-Dawgz, J’s, Anglo-American Zionists, Zionist Occupation Government, ZOG, IsraHell, “those of whom we cannot speak”, “your friends whom we can’t talk about”, “a certain small ethnic group”, the chosen, the tribe, the thirteenth tribe, the Khazarians, Khazarian mafia, etc. etc.), and no arguing with other commenters.  Please share your concise (2 smartphone screens of text is not concise), relevant, coherent, organized thoughts, and come back for my next post.  Thanks again! 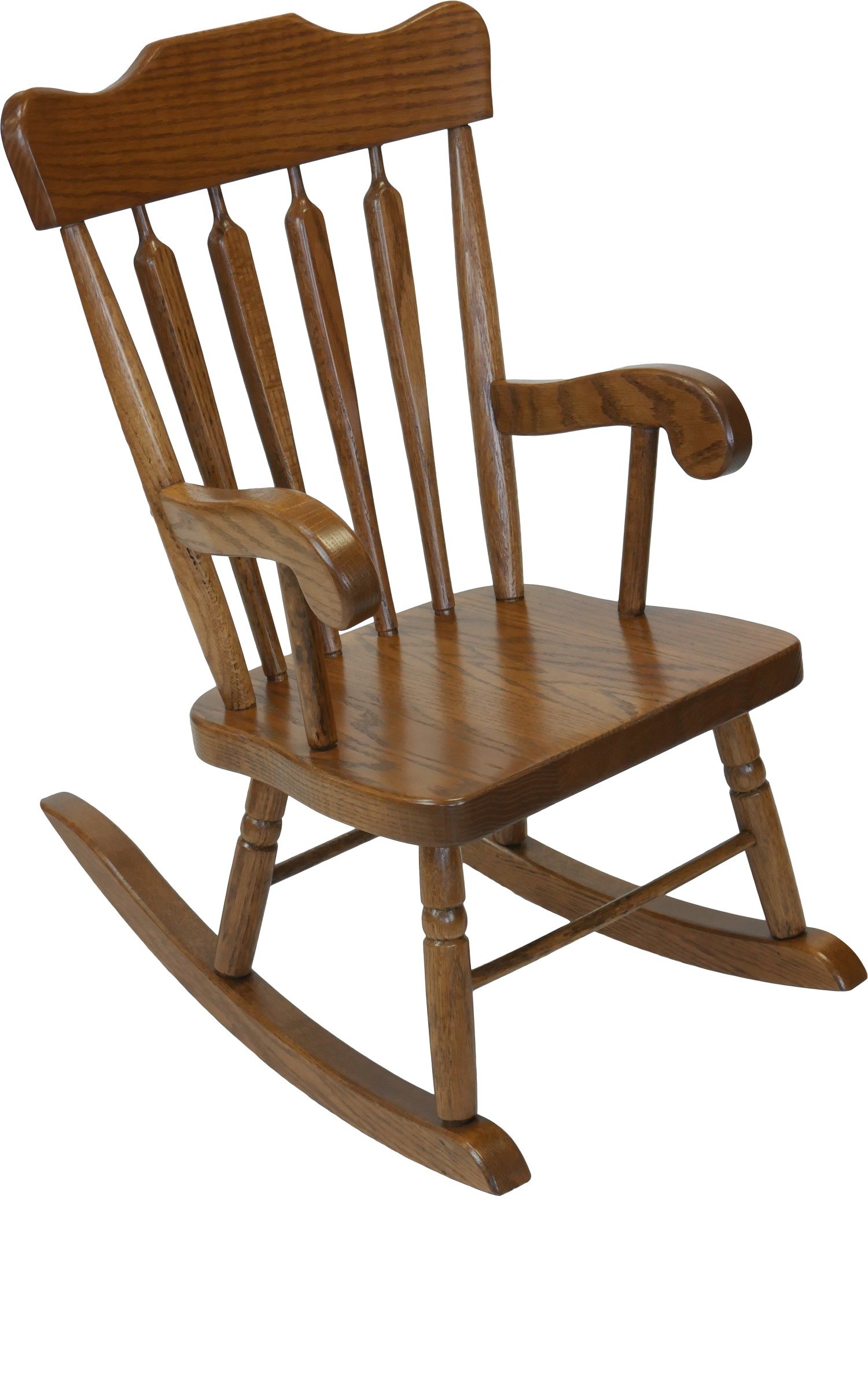