Published by dreizinreport on April 29, 2022

New video as of May 1st

(Sorry, in the below video I mistakenly refer to this past Friday as the 25th, not the 29th. MORE VIDEOS TO BE POSTED OVER THE NEXT TWO DAYS.)

The Ukraine’s de facto propaganda minister, Oleksiy Arestovich, has threatened an invasion of Transnistria, the Russian-protected, Slavic-majority, longtime (since 1991) “breakaway” part of Moldova.

In line with that, some goons—possibly the Ukrainian Defense Ministry’s psychological operations branch—have been spreading “We will liberate Transnitria” digital propaganda posters in Ukrainian and Romanian.

Over this past week, “unknown” attackers launched three bazooka rounds at Transnistria’s State Security Ministry in Tiraspol; two Transnistrian towers for the rebroadcast of Russian radio were blown up by saboteurs; Ukrainian drones violated Transnistrian airspace; and, shots were fired across the border from the Ukraine in the vicinity of a major Transnistrian munitions depot (more on this location, below.)

Russia has between 1000 and 1500 soldiers in Transnistria.  Together with local Transnistrian forces (5000 regulars and many times that in reserves, in addition to police who likely have access to some heavier weapons), they should be able to hold off a total conquest by third-rate Ukrainian forces in the region.

And, it is unlikely that Moldova would get involved from the other direction.  Since late last year, Moldova has tried to convince Gazprom to accept the “check is in the mail” treatment, and is always on the verge of having its gas cut off.  Moldova has not joined European sanctions against Russia.

If the Ukraine invades, it would attack border posts and infrastructure targets with artillery and drones, and possibly try to bisect Transnistria at one of its narrower points.

It would also likely seek to capture or destroy a massive local stockpile of munitions, roughly 20,000 tons worth, that was left over from the Red Army’s evacuation of the former Warsaw Pact countries.

This store is essentially right on the border with the Ukraine, but then, most of Transnistria is no more than 10 km wide.

Aside from potentially capturing the ammo dump, the goal is obviously to distract Russia, to ease pressure on desperate Ukrainian forces in southern and eastern Ukraine.

It is also a public relations stunt.

If things get really hot in Transnistria, which “under international law” is still a part of Moldova…..

…..It is guaranteed that our MSM, the American Brezhnev (Brandon) people, Lindsey Graham, Marco Rubio, etc., will scream that Russia has invaded Moldova, Russia needs to get out of Moldova, Russia is distracting from its failures, etc.

They won’t say “the Ukraine invaded Transnistria to distract from its other problems.”

At least, Dreizin Report readers will know what’s going on.

Scratch a Ukrainian, and you’ll find a…

In the below video, the acting commander of what little is left of the Ukraine’s 36th Separate Marine Infantry Brigade, hanging out at the Mariupol steel plant with the Azov, asks for help in evacuating his people out of there.

You see, he doesn’t want to surrender.  Surrendering is for people who have lost the ability to post dumb videos on the Internet.

No, he wants someone from Kiev to come down and drive him out of there on a chauffeured limo, or at least, a charter bus with recliner seats and TV.

And, as he drives past the Russians, he will roll down the window and give them the finger!  What a plan!

(I’m slightly embellishing, but you get the point.)

But, that’s not the funniest thing.

The funniest thing is, this dummy is speaking in perfect, unaccented Russian.

He is addressing his own Ukrainian government in Russian.

Why?  Well, you know, this is just me, but I would say, if you are addressing your own Ukrainian government, in Russian, to come save your butt, then perhaps you are Russian, no?

No, because his paycheck and his entire career, and his survivors’ benefits if he is killed (and there are countless thousands like him, although some are dead already), depends on him being “Ukrainian.”

This “we’re no longer Russian” has been going on for 30 years of independence, but of course, was radically accelerated from 2014, when the Ukraine became a rent-a-country with one main customer (the USA), and one mission in life (to fight Russia.)

Brandon is now talking about asking Congress for $33 billion for the Ukraine.

I don’t know if this is in addition to the $13.6 billion that Congress has already approved, or on top of that.

If doesn’t matter, because ultimately, it will be a lot more than $33 billion.  (And, anyway, it’s all “Monopoly money.”)

Readers of my newsletter (from before I set up this site in late March, although I’ve added some old “issues” as archives) will recall, I said the Ukraine would be another Afghanistan, not least in terms of feeding the arms manufacturers and the “do-gooder” industry.

I said that in January, or perhaps December.

It will certainly end roughly the same as Afghanistan.  But until then, “they” can’t let it go, because having lost Afghanistan, if they lose the Ukraine, it will be THE END.

Incidentally, remember all those “principled” bozos complaining that Israel gets $3 billion/year?  Not necessarily defending Israel, but doggone, since 2001, that doesn’t sound like much money.

In other words, the ruble strengthened over 10 percent against the dollar, since the invasion.

(It has strengthened even more against the Euro, considering the Euro has fallen sharply against the dollar this past week.)

After Europe “froze” (stole) $300 billion of Russian central bank-held Eurobonds, all the “smart people” figured it was lights out for Russia.

All the “smart people” said Putin is nuts, it won’t fly.  Europe buckled.

Among other pluses, the favorable exchange rate is a MASSIVE inflation damper, for the benefit of Russian consumers.

This wasn’t supposed to happen.  All the State Department and Congress-geniuses were drooling about “crippling” sanctions that would “cripple”, “hobble”, and “destroy” Russia’s economy.

I wrote in January and perhaps even December, THEY PICKED THE WRONG DECADE.  You can’t destroy Russia when the commodities cycle is picking up sharply in favor of commodities exporters.

The USSR was always going to come apart at some point, but it fell in 1991—not 1981—for a reason.  Look at the oil price history chart.  It wasn’t just “Reagan’s arms race” that did it.

I also wrote in January that those who preach, “Carthage must be destroyed”, better make sure they don’t live in Carthage.

Speaking of ancient Rome, the guys behind American Brezhnev (Brandon) are now planning to seize “Russian oligarch” (basically any rich Russian expat) homes and yachts, and auction them off and give the money to the Ukraine.

Surely, GOP senators are next.  Seize their estates in Campania!  Exile their children to Macedonia!

A case study in fantasy

I caught this “news” on ZeroHedge, which has been so pressured and neutered by its IT services providers and advertisers…..

…..that it has become another Bloomberg, carrying only “Ukraine says” MSM pap about the war, and avoiding criticism of the vakk-seenz with a ten-foot pole.

This past Wednesday, ZeroHedge carried a story from NBC News, which claimed that, according to unnamed current and former government officials, the U.S. provided “intelligence” that the Ukraine used to shoot down a Russian IL-76 transport plane, loaded with Russian soldiers, coming in for a landing at (presumably, they don’t give the name) Gostomel airfield near Kiev in late February.

I must highlight this, as it’s an echo of fake claims that were passed around at the time, originating with Ukrainian Telegram and Twitter.

To give you an idea, the IL-76 is substantially larger, twice as heavy, and much more solidly built than a Boeing 737.  If an IL-76 was shot down and crashed from a low altitude, there would be LARGE pieces of wreckage on the ground, not to mention, several platoons worth of mostly intact, uniformed bodies strewn about—it would be unmistakable.

Where is the evidence?

IT WAS NEVER SHOWN, BECAUSE IT WASN’T THERE.

At least they could show the bodies, you know, like the Russian side shows Ukrainian bodies, because there are some in this world who value evidence…..

At this point, anyone who believes ANYTHING carried in the MSM regarding the Ukraine, is a chump.

Only the larger, “tube” weapons (not the plastic-wrapped ones) in this video are of NATO country manufacture.  Nonetheless, it’s a lot of antitank weapons and a lot of other junk.

← The prophecy has been realized
The Supreme Court is Working for Putin!!!! → 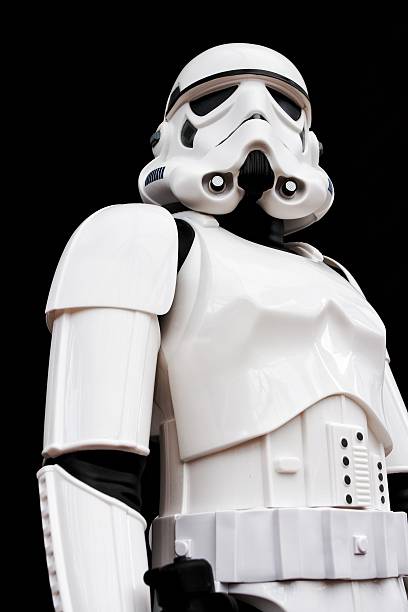 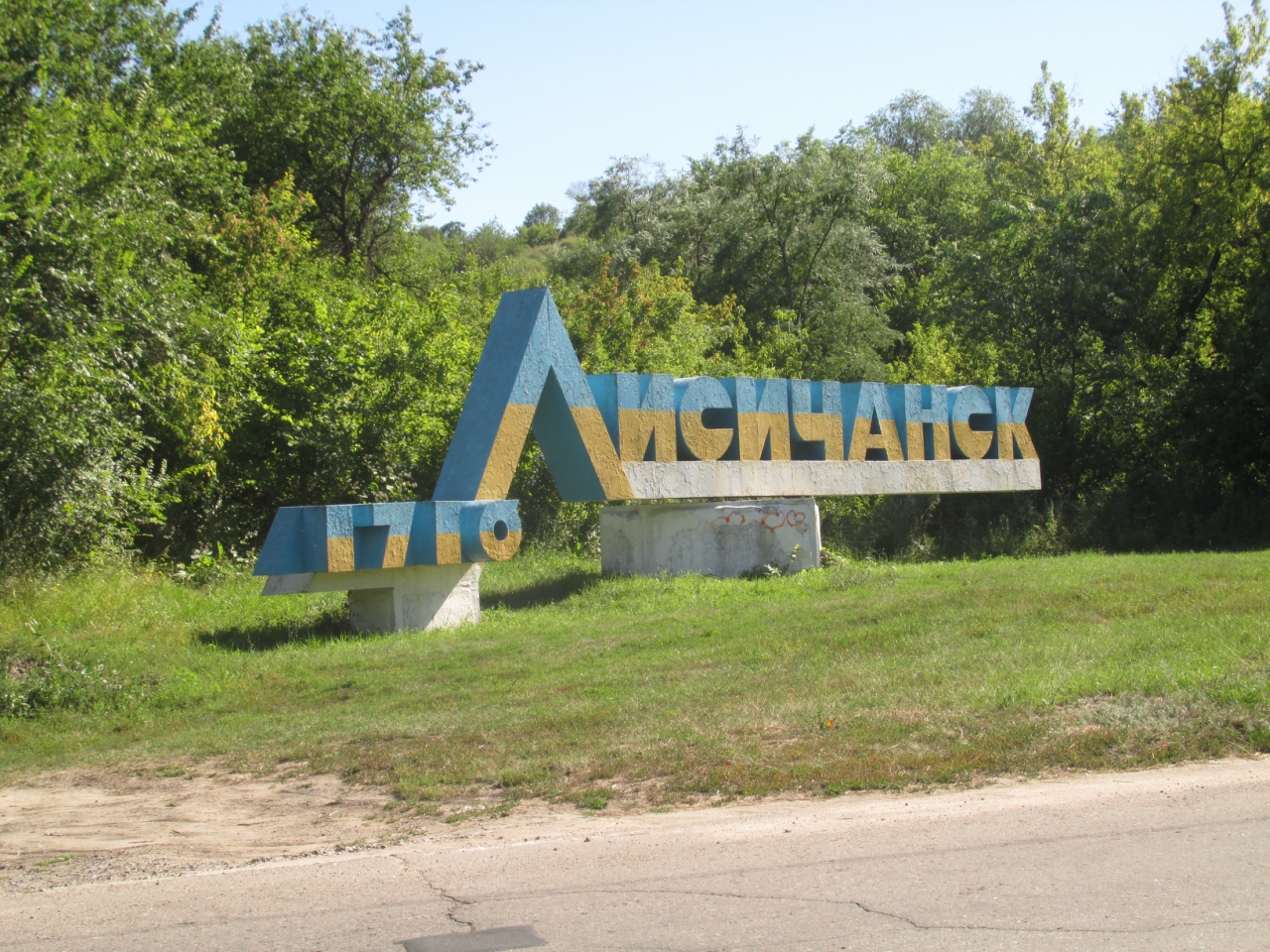